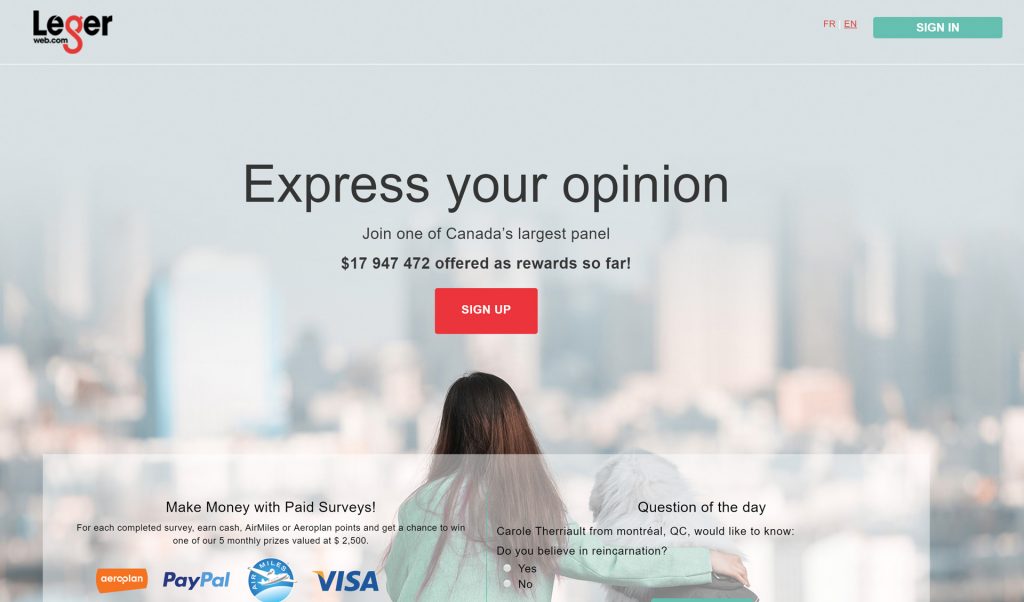 Founded in 1986, Leger Marketing is the largest independent research firm in Canada with 350 employees spread over its offices in the Canadian cities of Montreal, Toronto, Quebec City and Winnipeg, and New York in the United States. From its offices in North America (Montreal, Toronto and New York), Asia (Shanghai) and Africa (Casablanca) and as a partner of prestigious international network such as the Gallup International Association, Leger Marketing offers a wide range of survey and market research services in the world’s major cities, including a world Omnibus and a Web panel that covers the world’s fastest-moving markets across the five continents, either by region or by country.

LegerWeb.Com, the Internet service division for the Leger polling firm, the largest Canadian-owned research firm and member of the Gallup International Association, would like to invite you to express your opinion on diverse topics with the speed and convenience of online access.

41 of The Best Work From Home Jobs Hiring Right Now

7 Legal Ways to Get Internet Connection Without Paying