Lightspeed Panel Review: Earning Money at the Speed of Light? 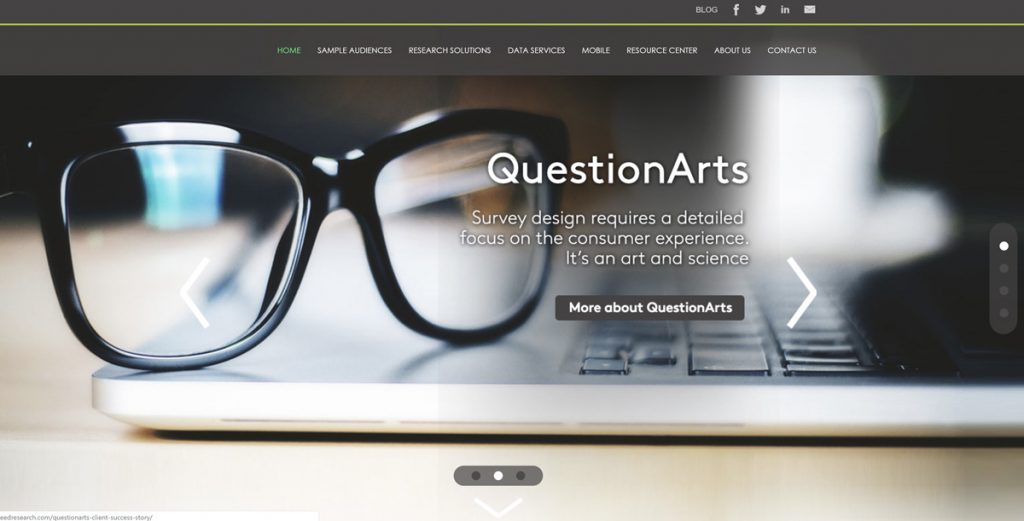 Lightspeed Research is part of Kantar Milward Brown, a global market research group.  When you start doing research on them, all roads lead to Kantar, including Better Business Bureau information. They have been around for 20 years and have a B- rating.

The reason the rating is not an A is that there have been 2 complaints against them and they failed to respond to one of them.

The LightSpeed Global Research Headquarters are located at:

Lightspeed is the crux of the online market research branch at Kantar.  They offer their clients tons of services, but for the purposes of this review, we will talk mainly about the online paid surveys.

Their main Survey Panel is MySurvey.com.

MySurvey.com is the online survey site operated by Lightspeed research.

Then, in 2010, Lightspeed purchased MySurvey and merged the two, retaining the MySurvey name.

MySurvey.com has deep roots that go all the way back to 1946 when they were known as the National Family Opinion Panel.

By the time they took their surveys to the web in 2001, they were already a very old, well-established company.  Then with the merger in 2010, they only grew stronger.

Signing Up for MySurvey

This part is pretty standard.  They ask for your name and contact information, and then you have to answer various profile questions.

These are mostly related to demographics so they can match you with surveys.  It didn’t take long, maybe 5 minutes.  You must be at least 16 years old to sign up.

When I first signed up and logged in, I didn’t have any available surveys.  I did a quick poll that was offered though, and after that, a survey was available right away. I don’t know if it was coincidence or if it was because I did the poll.  The survey topic wasn’t related to the poll topic, however.

I tried the survey, and to my surprise, I didn’t screen out.  Almost immediately after I took it, there were two more available.  In all, I was able to take 3 before I had to move on to something else, and I was able to complete them all.

This was refreshing for me because I almost always screen out.  I went back later to take some surveys, and I did have some screen outs, but they were all very fast.  I didn’t feel like too much time was wasted.

Of course, this will be different for everyone, but for me personally, had I kept going, I would have earned 110 points in 45 minutes.  The cash out threshold is 1200 points, so that isn’t a ton of money, but it is much closer to that minimum than I expected to get.

For me, that was the most exciting part.  I was earning and earning much faster than is normal for me on these sites.

Several reviews noted that they received a lot of error messages, and unfortunately, this was my experience as well.  Typically, these occurred when I would click on a survey right after completing another one.

It looked like the surveys were disappearing as soon as they showed up, like maybe there filling up at lightning speed. I don’t know if it was that or actual errors, but it usually didn’t take long to find a survey link that worked.

The best thing to do is to write down the survey number before you start.  This way, if you get an error message in the middle of the survey, you have that piece of information to give to the support desk.  It usually can help them help you better.

The surveys were fun and interesting, and before I stopped for the day, I had earned close to 100 points in 30 minutes.  There were interesting videos and several different question and answer formats.  This kept the work from being monotonous.  It kept me engaged.

Oh, and I compared actual time to complete each survey with the time estimate given before you start.  Each on was within a minute.

Lightspeed also operates a paid survey mobile app called LifePoints.  It works very similar to a survey site with the added perks of being mobile, and offering surveys based on your specific location.  You must be at least 14 to sign up for LifePoints, and it is currently only offered in the United States.

How Do Rewards Work?

The rewards work the same for both MySurvey and LifePoints.  Both operate on a points system, which is pretty common for paid survey sites.   The difference here is that there is a lower threshold for cashing out points that with most other sites.  With MySurvey, for example, you can cash out 1200 points for $10 in PayPal cash or gift cards.

Many other sites require you to have points equal to $25 or more before cashing out.

When choosing between an e-gift card and PayPal cash, keep in mind many seem to think that the e-cards come faster.

How Can I Earn Points?

On the LifePoints app, you earn points primarily through surveys.  This is also the main source of points on MySurvey.com, but there are a few other options if you are interested.

You may get an offer to do a diary.  Loyal panelists are most likely to get this opportunity.  It is a big deal to get a diary invitation.  It consists of recording use of certain products or groups of products over the course of several days.

For example, they may have you use a certain brand of toothpaste or facial cream for a few days and then answer the related diary questions.  They are usually open-ended questions, and the more thoroughly you answer them, the more likely you are to be invited to participate in another diary.

They may also send you a new product to use for the diary.  Either way, they tend to pay a lot more than standard surveys.

Loyal panelists may also be asked to participate in product tests.  It may be in conjunction with a diary, or it may be nothing more than trying the product and answering a survey about it.  Product tests are also worth more points that plain old surveys.

If you have a webcam, a webcam survey will detect it and turn it on.  It then records your facial expressions as you watch a video or read an ad.  The idea is that they can see how you react before you have a chance to think about it.

These are fun because it breaks up the monotony of just reading and answering questions.

There are sweepstakes drawings monthly.  All members are put into the drawing, and the random winner gets 10,000 free points.  Ten members are drawn each month.  This point value is equal to $100.

There are also plenty of opportunities to increase your chances of winning by earning extra entries.  One way to do this is by answering lifestyle surveys.  These do not award points, but they are worth 50 entries each. They also increase your chances of being matched with surveys you will not screen out of.    In some cases, you will be rewarded entries if you screen out.

Is Lightspeed a Scam, or is it Legit?

The Lightspeed paid survey sites, including MySurvey and the LifePoints app, are noted by most to pay as promised.

Lightspeed is well worth your time.  The only sites I would put before it would be those that process rewards faster.

They have been in the business a long time, and they take security and privacy very seriously.  In fact, there are almost no complaints related to these issues.

Another bonus is that their surveys rarely redirect to other sites.  When you add this to the fact that they also offer a way to earn on mobile devices, you can see that they rank up there with some of the best sites.

Throw the low cash out threshold on top of that, and the only thing holding them back is that long processing time.

Once you get going, that will not seem as bad.  If you can keep going, you will find that your payment comes in about the time you are ready to cash out again.

If you are looking at taking online surveys for money, you should sign up for SurveyJunkie in addition to MySurvey. We recommend both.

Free Money for Amazon: How to Take Surveys for Amazon Gift Cards

21 Legit Ways to Get Paid to Watch TV, Commercials, and Even YouTube