Ipsos iSay Panel Review: The Same, or a New Game? 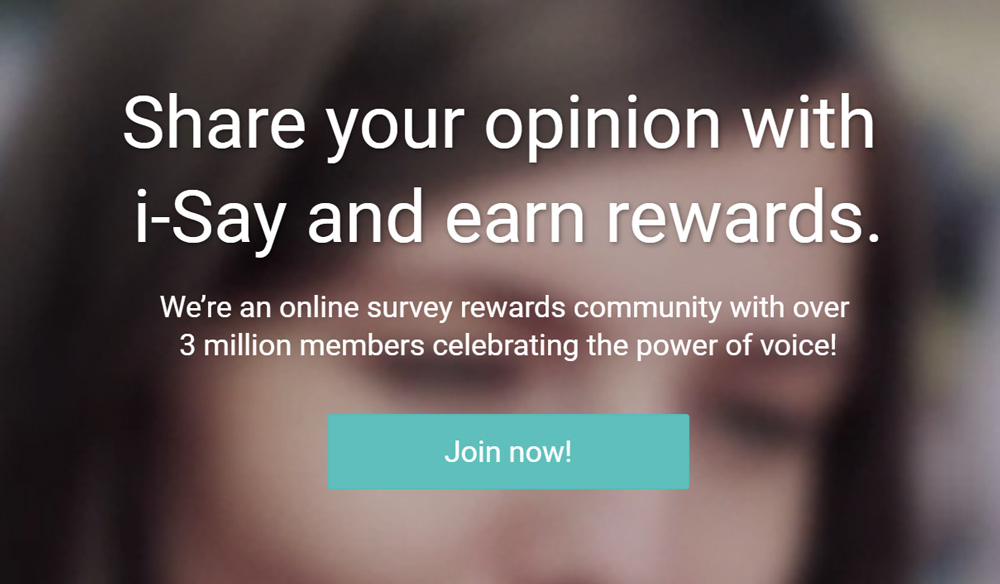 Ipsos has been around for 43 years.  It is the 3rd largest company of its kind in the world!

They own Ipsos iSay, and if you have been around the paid survey corner of the internet at all, you are likely familiar with that name.

They are an international company with their headquarters in France.

They know no boundaries when it comes to helping customers find their voice, however, or helping clients get the information they need to give consumers what they want.

There are many branches to Ipsos, but we are focusing on the Ipsos iSay survey site for the purposes of this review.

There are options for surveys and a few sweepstakes opportunities, but no other earning options are available.

The webpage is easy to look at and easy to use.  Not only that, but it is incredibly useful.  There is access to all sorts of information about the site before you even sign up, which is refreshing

Contrary to many paid survey sties, you can see the full gamut of rewards offered before you even sign up.

There are several links to the far right that lead to all the information about program that you could possibly need to make a sign-up decision.

It was super-fast and not difficult at all to sign up.  They also offer the option to sign up with your social media accounts such as Facebook.

This is my favorite option because it is faster and easier, but those who prefer to keep accounts separated, there is a traditional sign-up option as well.

After signing up, the standard profile questions are asked.  One thing that did bother me was the request for a cell phone number.

However, it is not required.  I chose to skip it, and there were no problems at all.

There was a “get to know you” survey available after I answered the profile questions.

A piece of me always hates to fill those out when they don’t offer points, but I know that the more info they have, the better chance I have at getting invited to surveys I qualify to complete.

The result is more money and less wasted time, and I am all for that.

While there is no way to know how many you will qualify for, Ipsos says that you will be invited to at least one survey per month and, on average, about 8 per month.

It’s nice to know they don’t just send you an invitation to every survey they have in their database.  They seem to actually make an effort to send surveys that are a match with my profile.

This means that even though I may not get as many survey invitations as with other sites, I stand the chance of actually making more money because I may actually get to complete more surveys.

They are also very open about the fact that you have to answer some questions more than once.  They know this isn’t ideal and that no one likes it, but it is part of quality control for the data.

A lot of people complain about this, but it works out for the good of everyone if they make absolute sure they have the best quality data.

If someone is answering the same question differently each time that is not quality data.  The client does not get the best product, consumers, therefore, do not get what they want, and the whole system goes down.

As long as you are careful to answer the questions truthfully and consistently, you will be fine.  Don’t rush, and don’t try to scam the system.  Failure to do so can cause you to be kicked off the panel.

There are also complaints about spending a lot of time on a survey and then screening out.  No one likes this either, but it is something that happens with all survey sites.  It is the nature of the beast.

That is certainly something that you want to consider if you are just getting starting thinking about taking surveys for money.

You could spend a lot of time taking a survey and not even get to complete it, which means you do not get paid.  It is quite common.

Some of the iSay surveys can be taken on mobile devices, but not all of them.

Ipsos iSay does offer a few sweepstakes opportunities.  The most unique one is the poll predictor, which you get to participate in after each survey whether you screen out or get to complete it.

They ask you to guess how many people answered “yes” to various poll questions.  The closer you get to the correct answer the more chances you win to enter the sweeps.

You can allocate your chances however you wish, and prizes are drawn weekly.

This is a point system like most other survey sites.  How many points each survey is worth varies greatly and is not directly related to the time the survey will take.

Rather it is related to the customer putting out the survey and how much they are willing to spend.

Typically, those with demographics that are harder to meet, such as being diagnosed with a specific ailment, pay more.

The minimum cash-out balance is $5, or 500 points.  You can cash in points for cash, e-gifts, or gift cards.

They have the standard gift card options of Starbucks, Amazon, Target, Visa, and more.

Cash rewards are distributed through PayPal.

Physical gift cards can take 4 to 6 weeks to arrive, and while e-gifts are faster, PayPal is actually surprisingly slow on this site.

They note that it can take 3 or 4 weeks to receive a PayPal deposit.  I personally think this is insane as it is a far faster process on other sites, but they do address it, so it is more of an aggravation than a cause for concern.

You can earn bonus by doing more surveys through the loyalty program.  It works like this:

What About the BBB File

If you do your own research at all, you are going to notice an F rating with the BBB.

If you look closer though, you will see that profile has only existed since July 2017, and there are just 3 bad reviews/ complaints that contribute to this rating. It also appears that at least 2 of these were filed by the same person.

ISay has not responded to these complaints, which also contributes to the F rating. This is likely because they do not even realize this file exists.

A better idea of their standing can be had by looking at the BBB file for Ipsos, the parent company.

Theirs has been around much longer, and Ipsos iSay is listed as one of the alternative business names. It is highly likely that this is the only file they know of and respond to.

This profile has an A+ rating. While it does have 7 negative reviews, each one is addressed by the company individually.

There are also 40 complaints, but for a company as large and as old as Ipsos, that is not bad.  Each complaint has been closed, or they would not have the A+ rating.

Most of the complaints were from users not understanding the terms and conditions, or those trying to cash out and not being allowed to because of inconsistencies in their answers.

Know if you try to cash out a large amount they are likely to check for consistency before paying.  They will terminate your account, and you will not get paid if they find an issue.

I suggest that, in addition to being honest and careful, you also only cash out smaller amounts.  The minimum balance to cash out is much smaller here than other sites, so it isn’t a big deal.

Is Ipsos iSay Legit, or is it a Scam

It’s legit.  It has a good reputation, and they have been around for a long time.

They don’t ask for money or credit card information, and they have a clear privacy policy that they adhere to.

This is a big company that has been around for a long time.   There are thousands of people on their panel, which is sure to lead to some complaints, but there is nothing to be concerned about.

You should sign up for more than once company to have the most opportunities to take paid surveys, and these guys should definitely be on the list.

If you are looking for more recommended sites, try Inbox Dollars, as they are legit as well.

15 Sites with Surveys That Pay Through PayPal – Quick & Convenient!